Hi everyone. I'm Jinta from Japan.

In this article, I will show you how to make Sinigang, a typical Filipino home cooking.

Following on from my last post on "Adobo", this is another dish that was recommended to me by a Filipino instructor at Native Camp for Online Conversation. Native Camp is a platform where you can not only learn English, but also enjoy exchanging information with teachers from different countries! How about talking about your hobbies like I did with my cooking?

If I hadn't joined an online English conversation class, I wouldn't have known about Sinigang, a dish that is characterized by its sour soup! Its saliva-inducing sourness is addictive.

The soup, which can be paired with any kind of meat or vegetable, is a delicious and satisfying home-style dish. It's like miso soup in Japan, right? Just throw in whatever ingredients you have left over in the fridge and simmer, and you've got yourself a dish! That's the characteristic of this dish.

The recipe is just like Japanese home curry and rice. All you have to do is simmer the prepared ingredients and add the sinigang ingredients. It's that easy!

So let's get started making it! 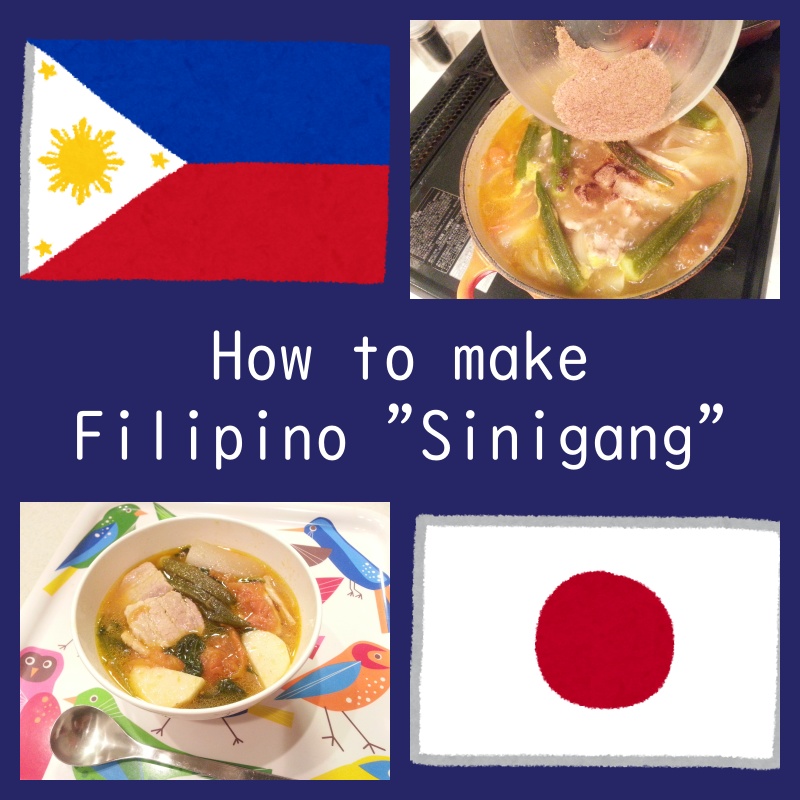 What is "Sinigang" soup?

Sinigang is a sour soup made with tamarind (sampalok), a fruit that is mainly harvested in the Philippines. It is characterized by its appetizing sourness, and it makes sense that it is favored in areas with high temperatures. Sinigang is also called tamarind soup. 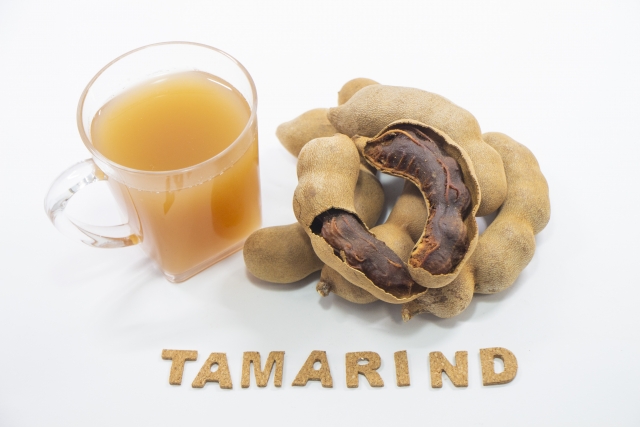 Such sinigang is usually made at home with soup powder. There is a rumor that it is sold at KALDI in Japan. However, I visited three KALDI stores in my area, but they did not carry it. The best place to find it is at major online stores. I use Amazon.

It contains about 40 grams, which is 2 liters of water. I divide it into two portions normally for my family of 4. 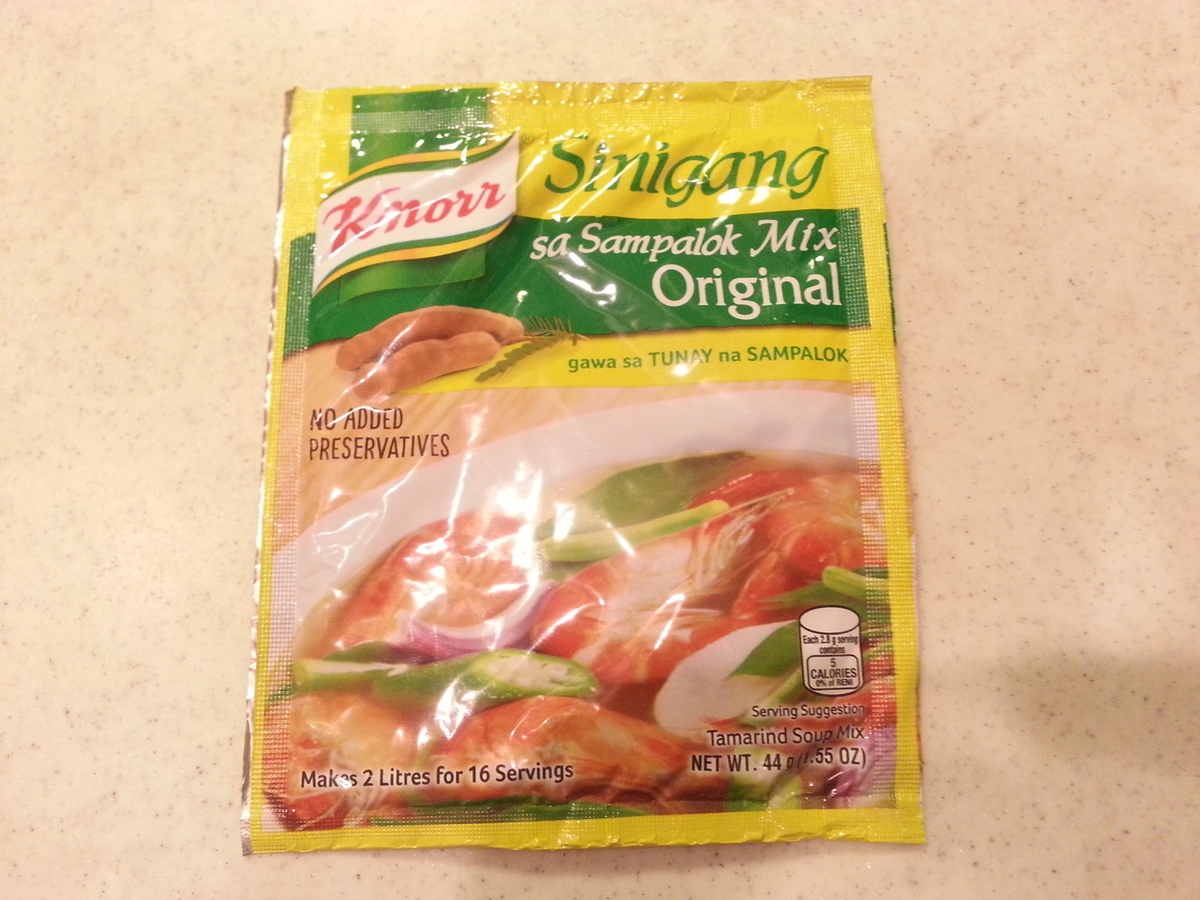 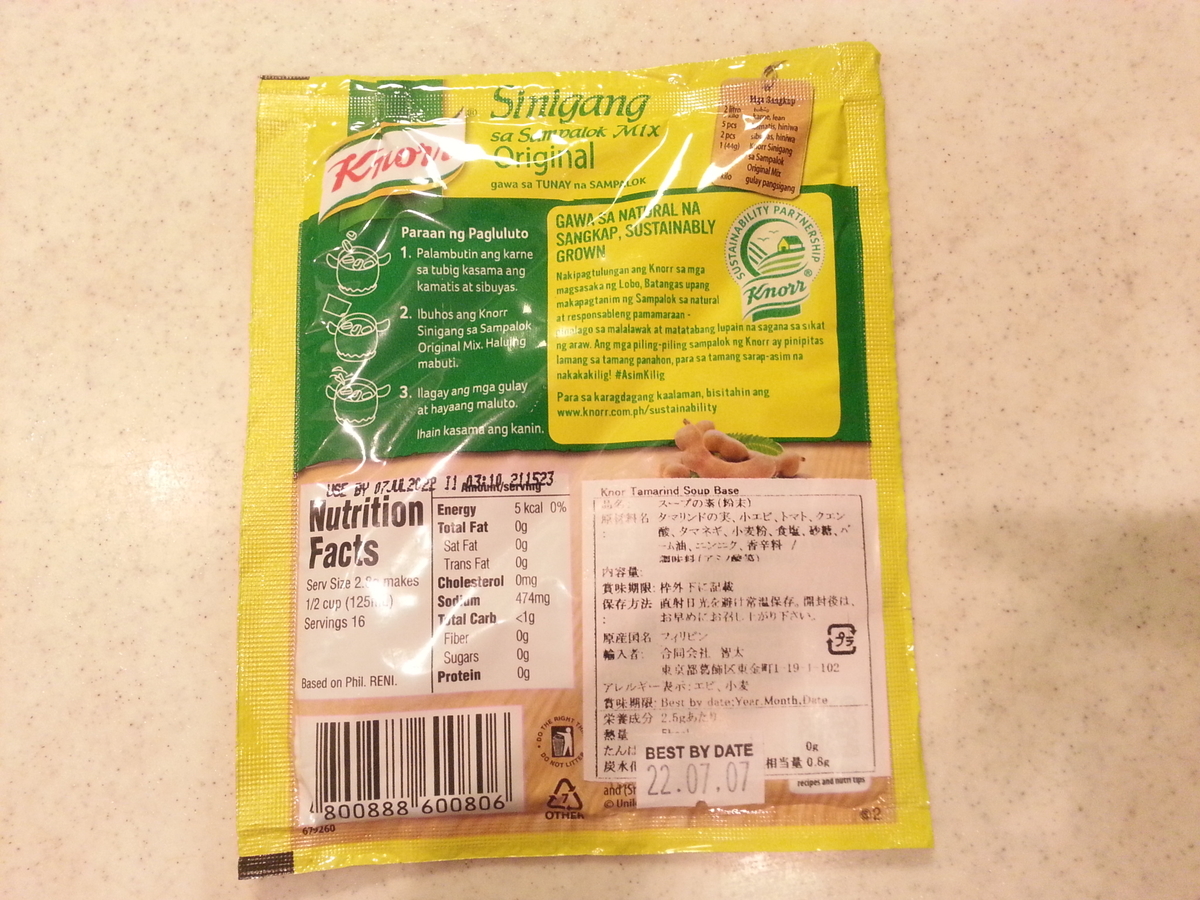 The contents of the bag are a brown powder, as shown here. 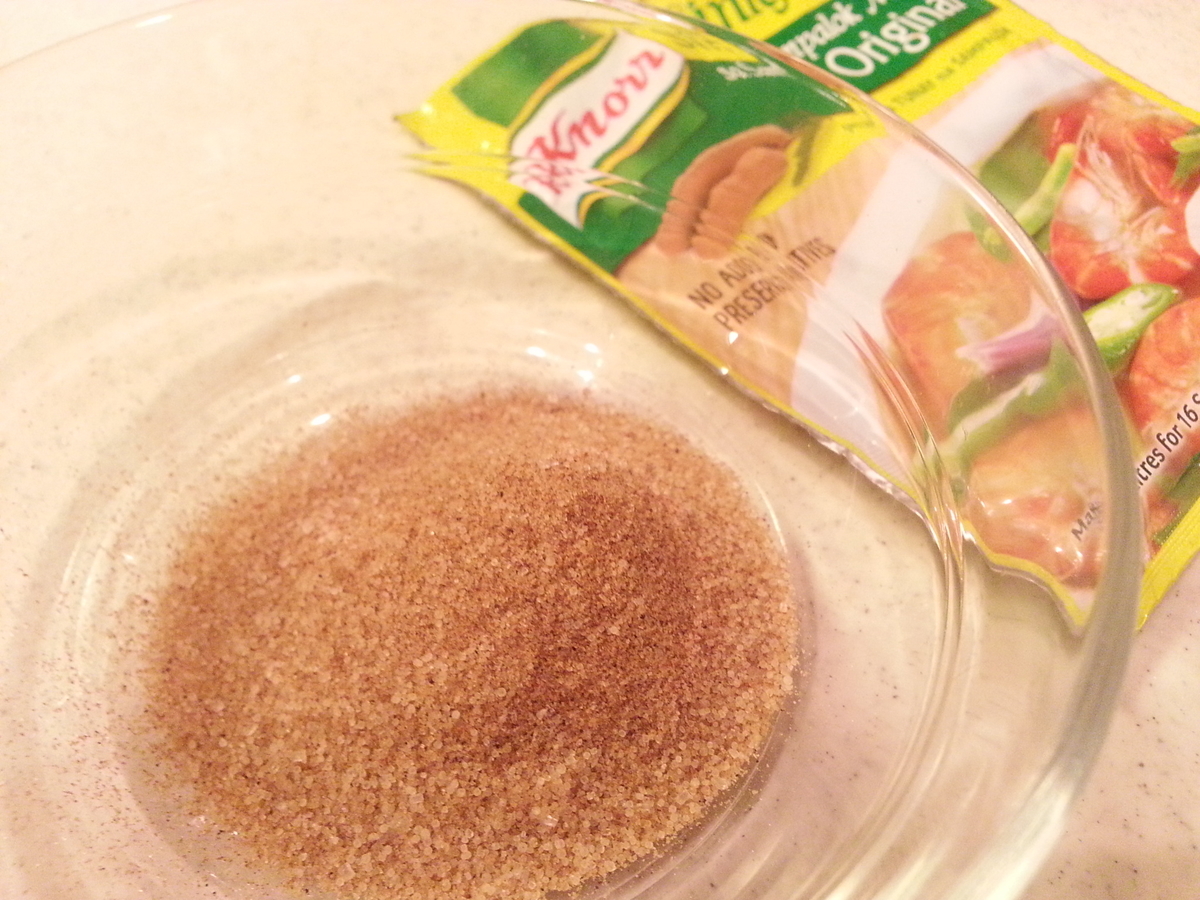 I'll give it a little lick. 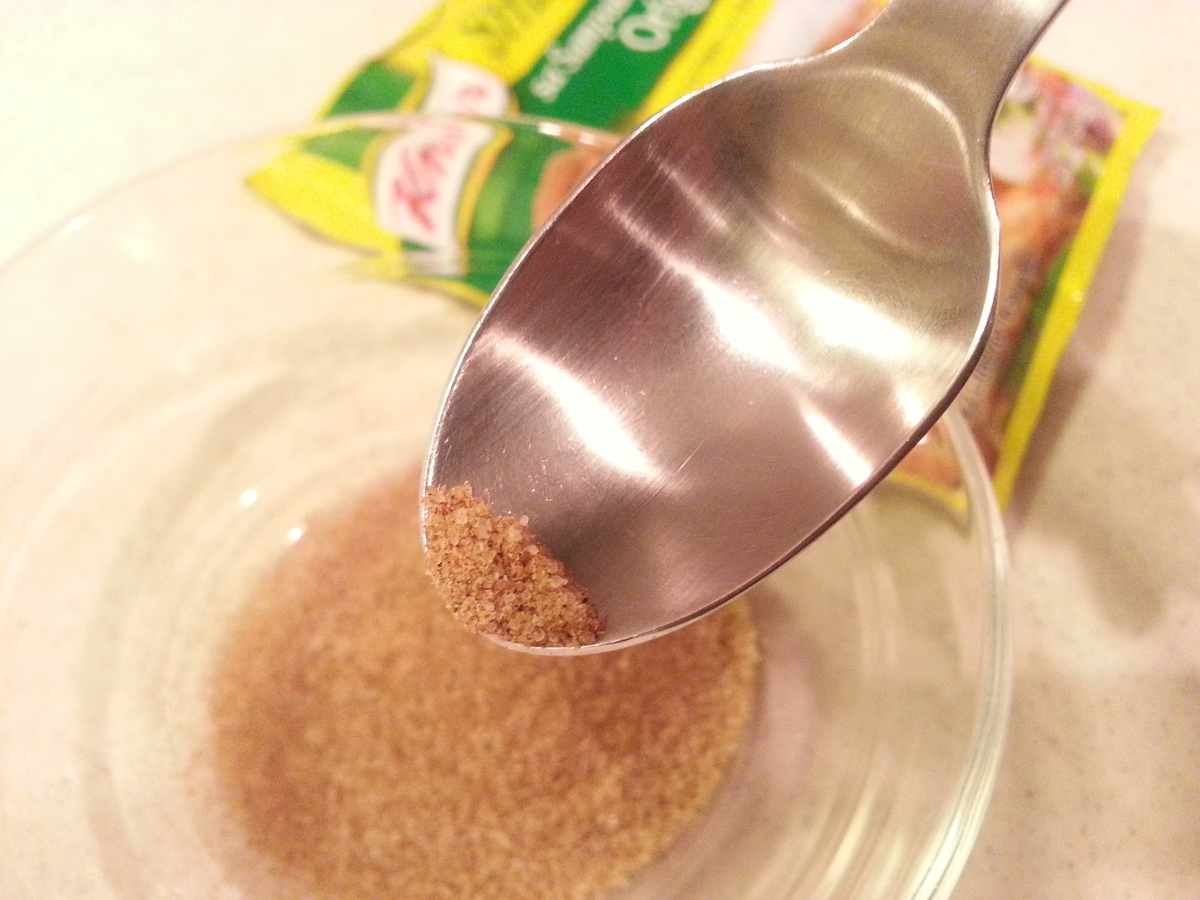 It's quite sour! What can I say about the taste? If I had to describe it simply without fear of misunderstanding, I would say it's a super sour consommé soup. This powder itself has no distinctive vegetable-like taste like phakchi in Asian cuisine. So, I think it is relatively easy for Japanese people to like it.

Here is an example of the ingredients. Use the 20g of sinigang powder. 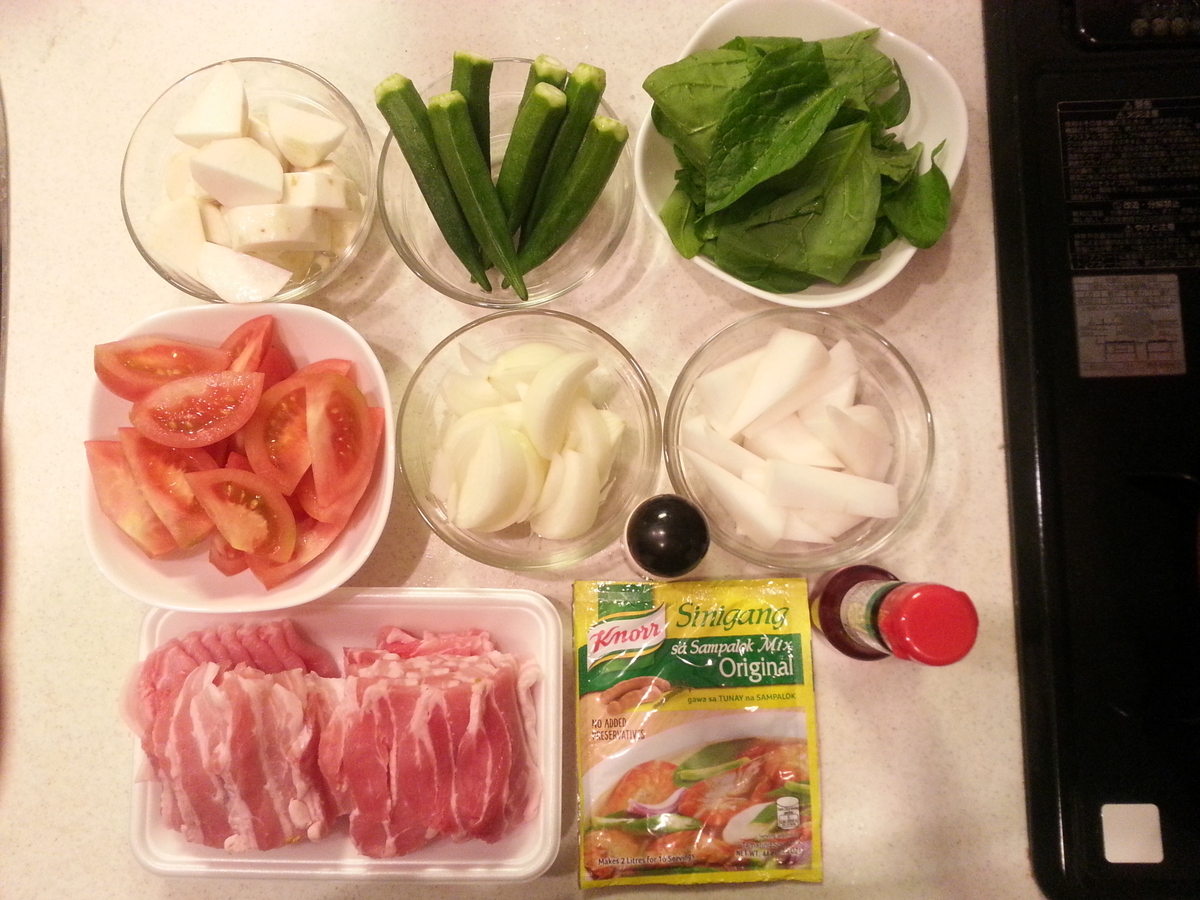 I've described it in detail, but you can use whatever ingredients you like for 1 liter of water.

As the package of Sinigang's ingredients says, seafood such as shrimp would also be good. Fish sauces would be good to have, but I think Japanese soy sauce can be substituted.

How to Make "Sinigang" Soup

The instructions on the back of the package are quite simple. The translation is as follows.

Here's how I make it.

①Sauté the onions in a frying pan, and when softened, saute the tomatoes. Transfer to the pan. (If you like the texture of the tomatoes, you can add them later without frying.

②Saute the pork in the same way and transfer to the pan. 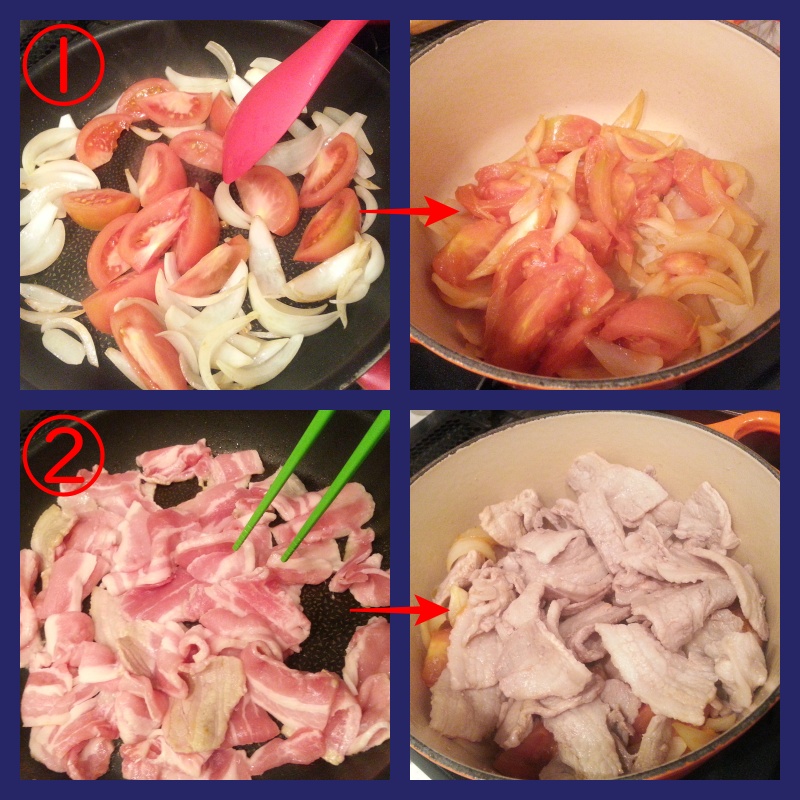 ④Remove the lye as it comes to a boil.

⑤Add fish sauces and simmer, covered, for 20 minutes. (Adjust the simmering time according to the size of the ingredients. 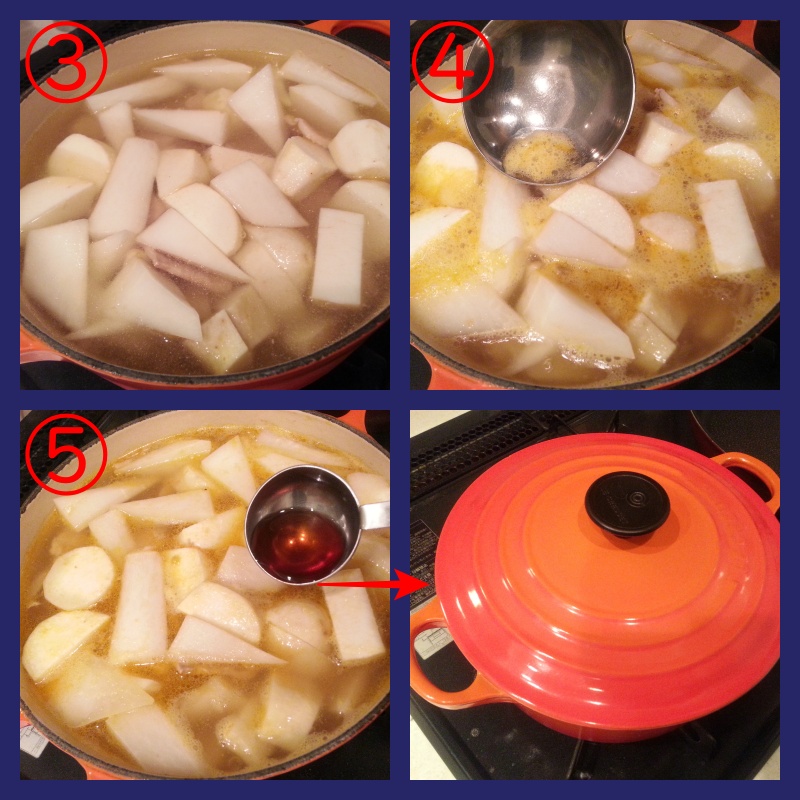 ⑥Add the okra and sinigang powder and cook for another 5 minutes.

⑦Add the salad spinach and steam until soft and ready to serve🌟. 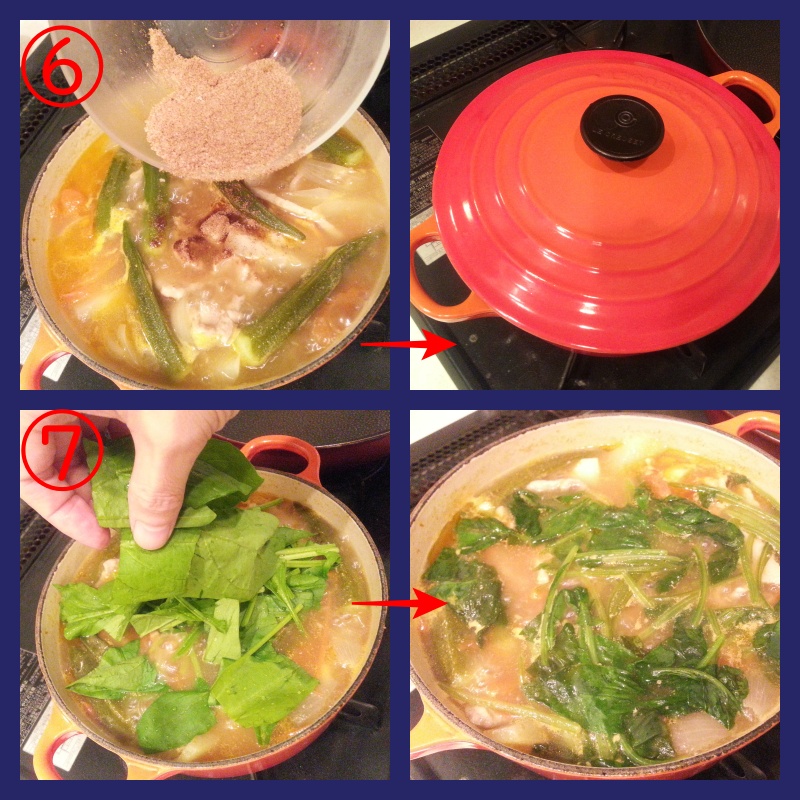 Serve it in a bowl and enjoy. 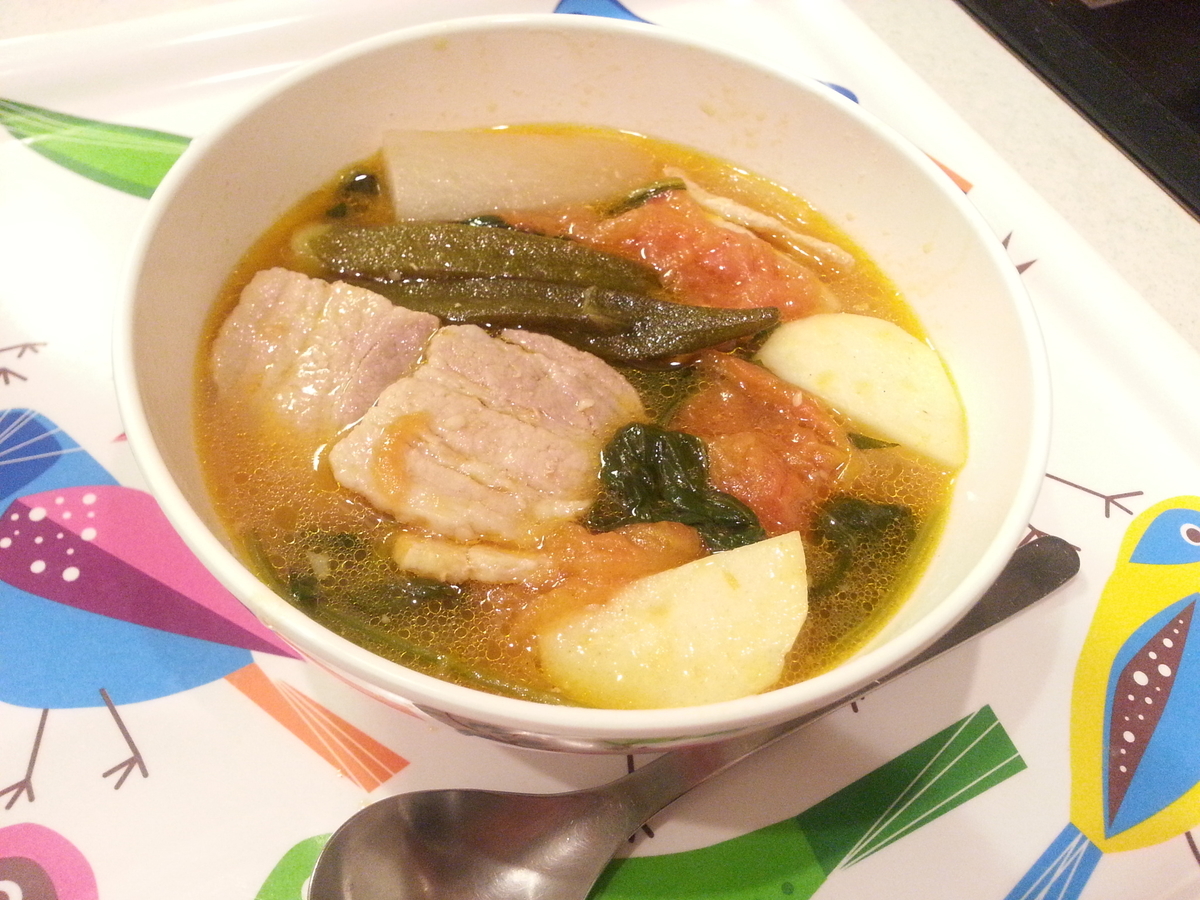 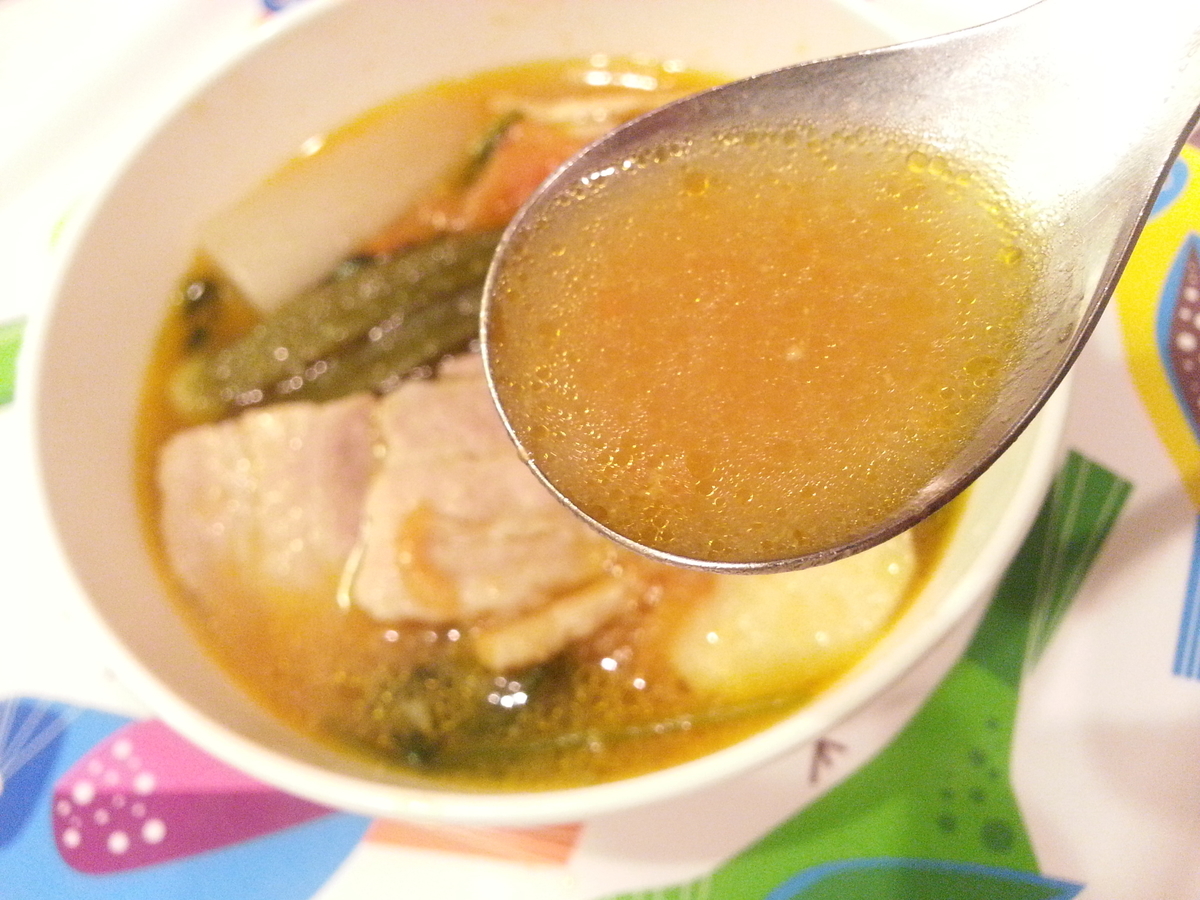 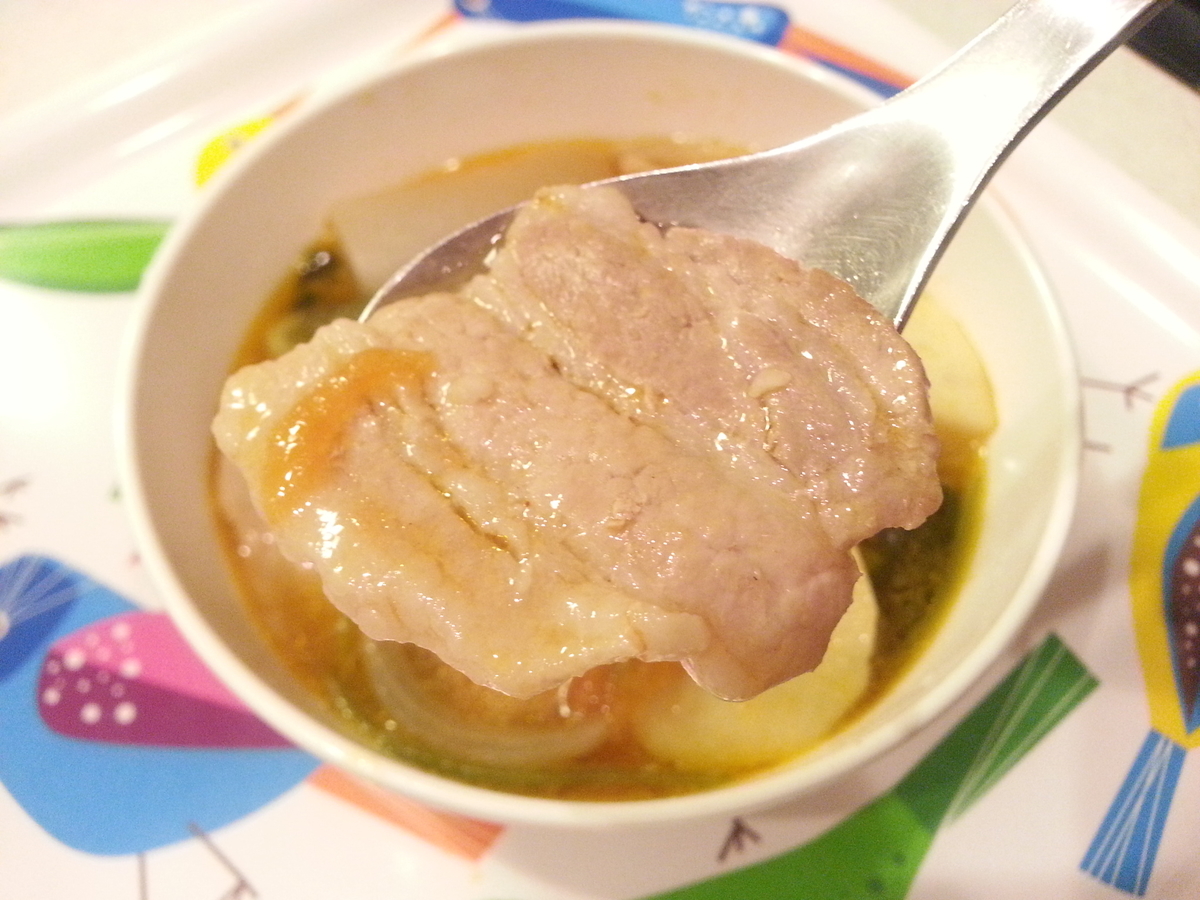 It's sour! This is an addictive sourness. It brings out the sweetness of the rice and whets my appetite even in the hot summer! The ingredients are also delicious.

According to my Filipino teacher, it would be delicious with miso, so I dissolved some Japanese miso in it. 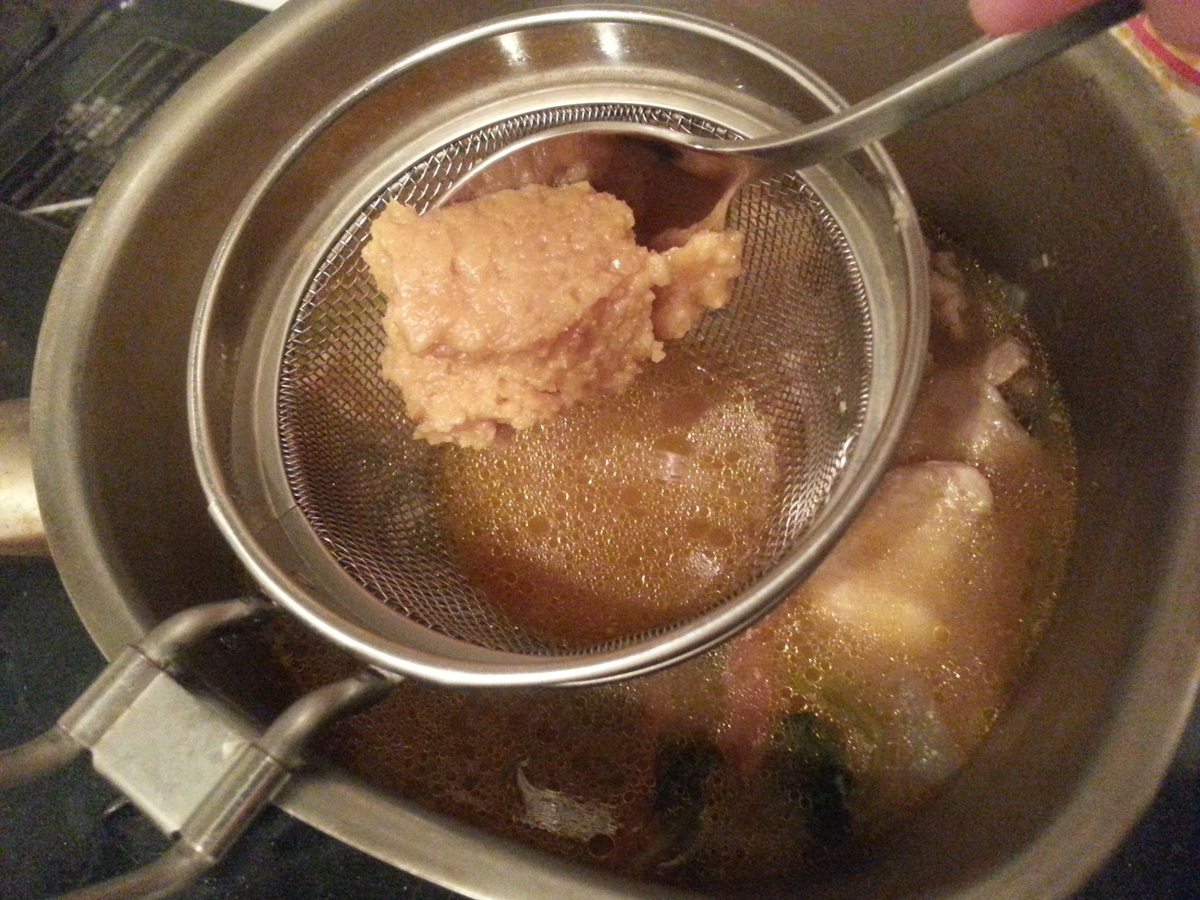 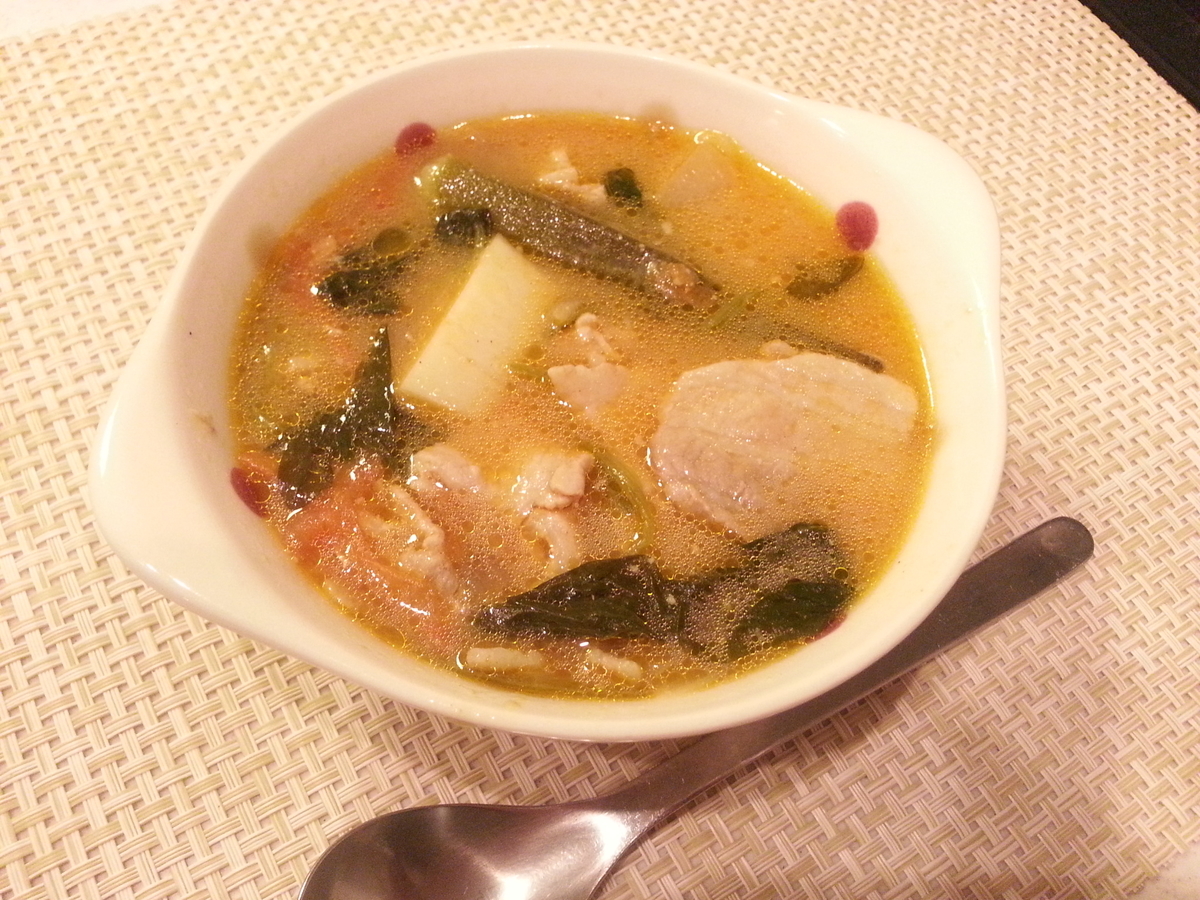 How does it taste? 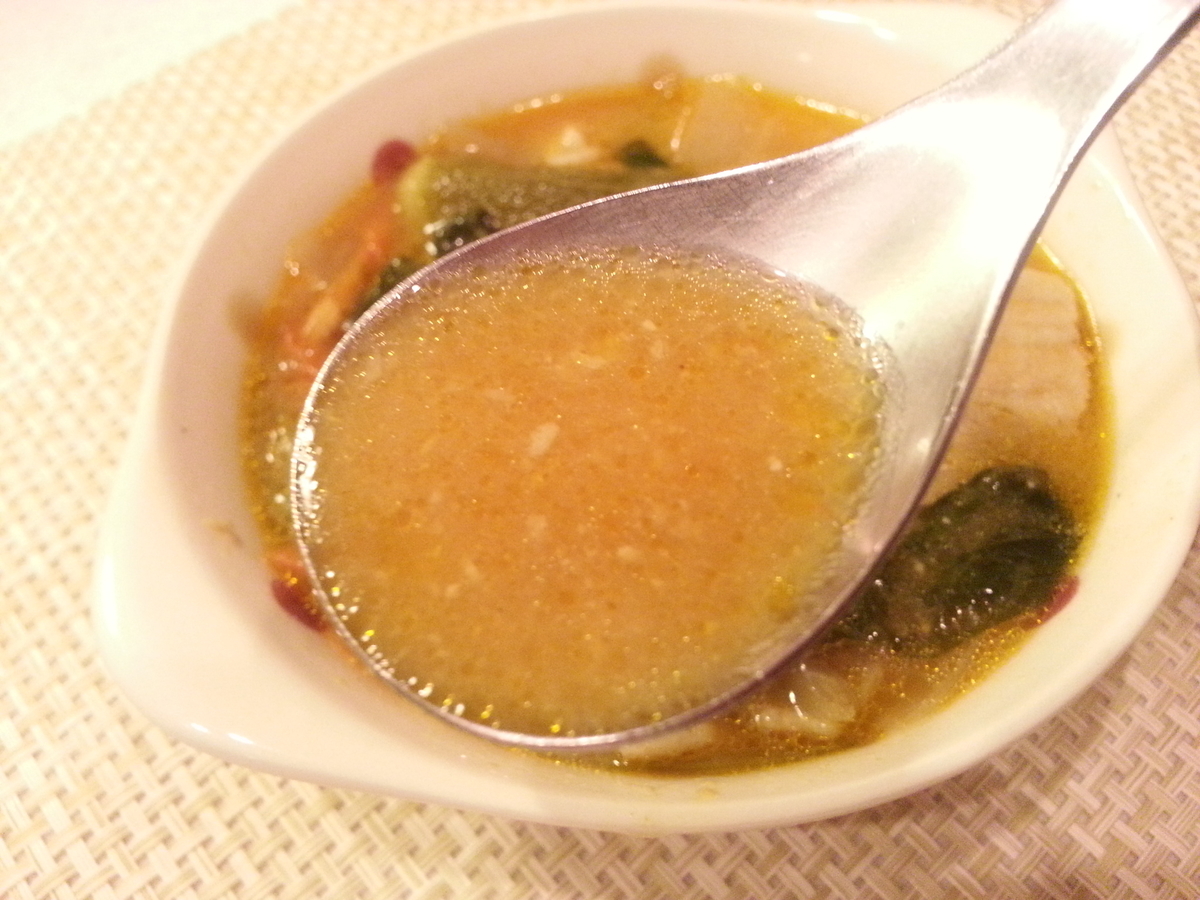 The sourness becomes a little milder. The miso adds a richness. It's true that this is also good.

I have also introduced Filipino food "Adobo" before. If you are interested, please refer to it.

▶How to make Filipino "Chicken Adobo" by using Japanese ingredients.

In this article, I introduced how to make Sinigang, a typical Filipino home cooking. This sour soup is rare in Japan! Why don't you try it? 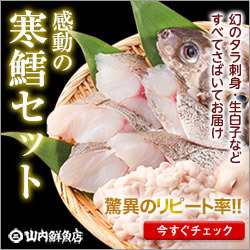